My name is Ash, and today we’re going to talk about a rather interesting topic in video game industry. As it’s already obvious from the title of this article, we’ll focus on the game series and how different companies treat their titles differently. Firstly, let me establish the following: I’m not going to judge your choice and tell you whether you should or shouldn’t play something. Instead, I’ll ask you: do you like buying the same game each year?

So, game series vary from one developer/publisher to another. For me personally, the best example of “good practice”, when it comes to game series, is Nintendo. Yes, their marketing and pricing policies along with network functionalities are quite doubtful, but when it comes to quality of the games, they hold one of the leading positions. That’s basically why, their major titles and their exclusives are the same game series: Mario Brothers, Metroid, Smash Bros, Zelda, Fire Emblem, Pokemon etc. These titles offer completely different games for different consoles and systems that offer really high-quality gameplay, despite their sometimes unjustifiable prices. Therefore, despite the fact that Nintendo may be selling the same array of characters and gameplay methods, the games themselves are completely different.

The only exception for this is the Smash Bros. Similar to any other fighting game, the core gameplay remains the same – it’s the duel of 2 or more players that fight to win. However, each iteration of Smash or Mortal Kombat or Tekken or any other fighting game series also differs via improved graphics, more precise and accurate controls, game modes and constantly changing rosters – because it’s always fun to play someone completely new in a favorite fighting game (this is btw the only thing Smash currently bad at – it offers the players the worst possible fighters with new updates).

And even with the fighting games, you can sometimes experience of the repetitiveness that goes through each and every game title to an extent that you start wondering: “What’s future Mortal Kombat/Smash/Tekken/AnyOtherFightingGame will be like? Will the inclusion of new fighters to play with and improved graphics suffice for me to pay another $60?”. Nonetheless, it’s still fair to say that the inclusion of progression in MK11 helps the game a lot to stay relevant. For the Smash, the series is still being loved by the fans and with each Nintendo’s new game console, they just get a new and improved variant of their game that they can play only on the newest consoles. But, what if the game series can be played on any platform, is repetitive each year and offers little to no variations aside from the graphics?

So, we’ve discussed the game series that can feature the same characters under the different gameplay approaches (like Super Mario Odyssey is not the same as Luigi’s Mansion despite them being brothers) and the fighting genre that still can be spiced up to keep fresh for the audiences. But, what if we consider Ubisoft, Activision and EA? They just publish the same games over and over. If you do not agree and find their major series different, I’ll be more than interested in hearing your opinion down in the comments.

First, there are racing games and for me, the worst example of a contemporary racing game is Need For Speed for a variety of reasons. Since the old-school MostWanted and Carbon, the NFS series started being one of the most boring and not-fun racing games to play. Their latest title, NFS Heat, is an example of cringy story, bad mechanics, weak gameplay that shouldn’t have been open-world etc. But, it’s not about the game itself, it’s about the EA’s approach to this title: completely recycle the same game over and over and sell it like a new one. What new can offer NFS? Only newer cars, as I can see, because there’s little to almost no change to the game modes, race types and stories behind the races. Why not offer something completely new, like massive 100-player races similar to Mario Maker’s Ninji Speedruns, where you compete with 100 other players or (god forgive me) any type of battle royale at least? No, it seems like it’s too much work, so EA offers people to pay again for the same game. 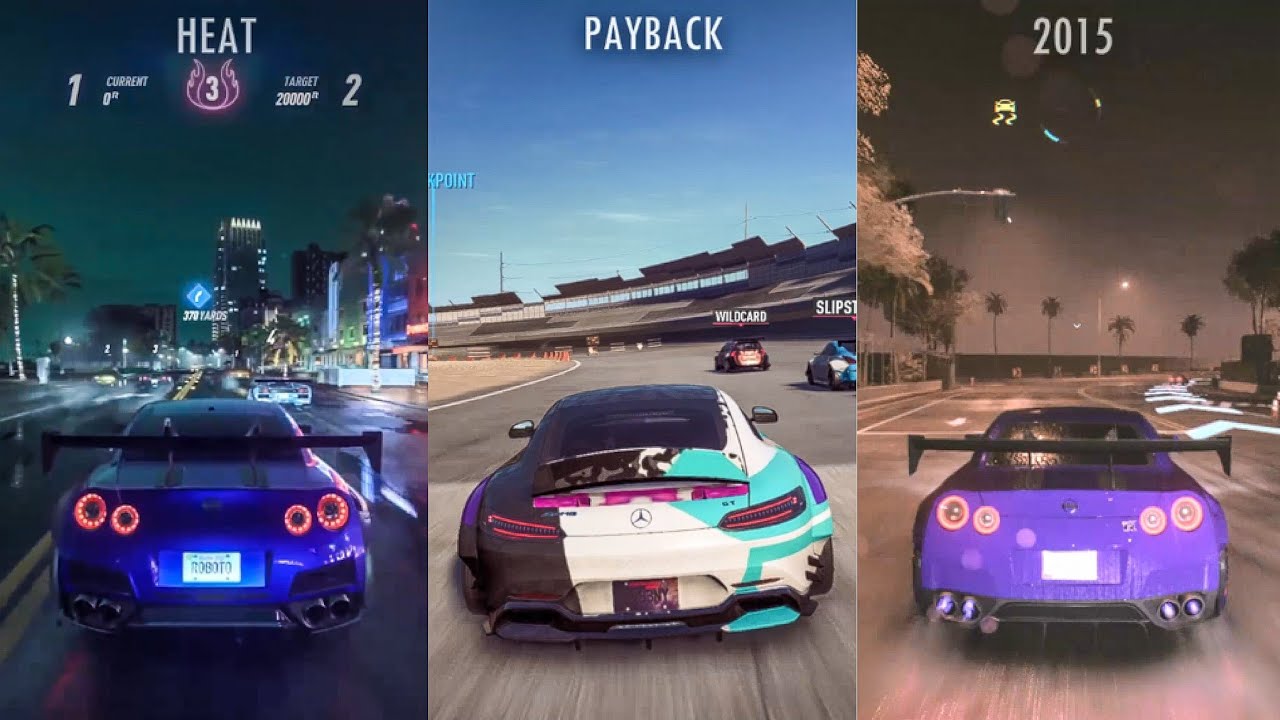 It is even less forgivable with sport-titles. FIFA and PES basically do not change from one generation to any other because the gameplay remains completely the same. NBA2K or MADDEN also suffer from this a lot because they can only offer a career mode, where you can play as a manager and various types of tournaments where you can compete against bots or other players. I get it, the graphics need to be constantly improved and the people need to play soccer/basketball with friends. But why selling the same game over and over? Is it really fair to the fanbase that constantly purchases a FIFA 18, which needs to further buy FIFA 19, then FIFA 20 etc.? And it isn’t like the progress from FIFA 09 will somehow be reflected on the newest titles. 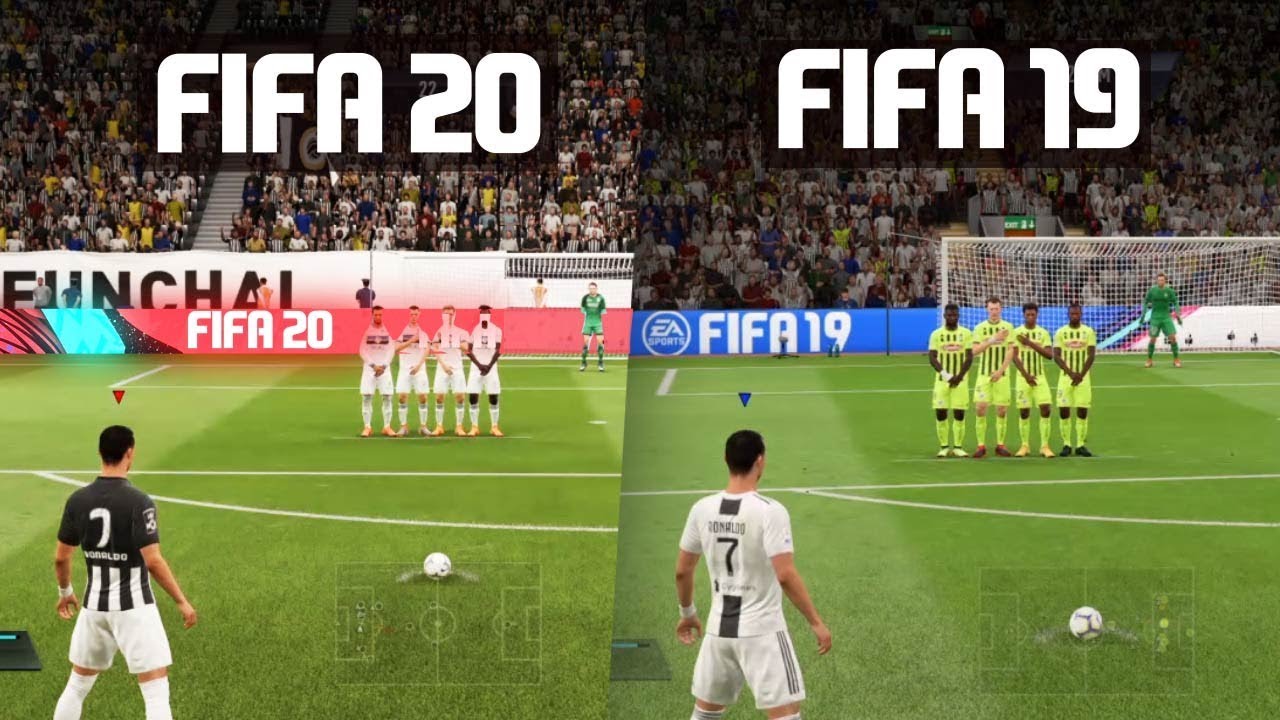 Final examples, you guessed them. Assassin’s Creed and Call of Duty. Ubisoft apparently tries its best not to beat the dead horse and offer at least something new and updated in the AC, like a camel instead of a horse, instead of a carriage, and deserts instead of forests and urban environments. AC has progressed from a stealth game to full-blown action-game with RPG elements, which has its drawbacks but nonetheless. Ubisoft tries and we’re about to see the new installment of Assassin’s Creed, hopefully, it will be something fun to play because we need to get rid of trailing missions and bullshit-dialogues in AC for real.

Call of Duty, on the other hand, does not seem to try a lot in this regard. Of course, they offer a single-player campaign that is 4-5 hours long and mostly consists of hallway-like shooting galleries with the story that you can watch in any other action-type movie for much cheaper. Multiplayer remains the same, thought. Yes, in Black Ops 4, they’ve introduced a Battle Royale mode (that was kinda fun tbh) but the full price of $60 did not justify the content for me. With further installments we get the same approach as demonstrated by EA: prettier graphics with the same mechanics. In this regard I’m asking: why paying again, if you can play the older generations of the game that can be bought much cheaper right now? Do couple new game mods and maps justify the price? It’s up to you of course, but for me – not at all. 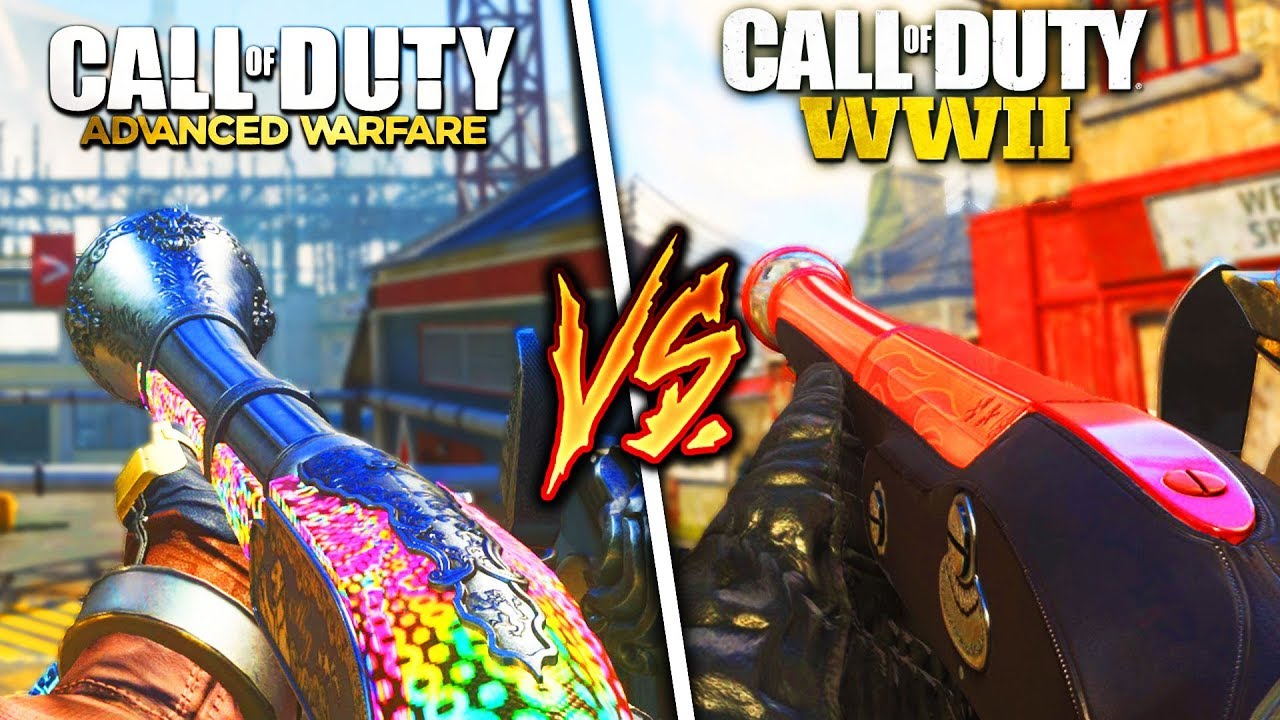 You might think: “Okay man, if you’re so smart, what can be the solution out of this?”. And I’ll tell you: SUBSCRIPTION service. Take World of Warcraft for example: they offer a subscription service to keep on playing all of its current content and ONLY to get access to the newest content, you need to purchase the newest expansion. It’s not the best example (’cause technically WOW offers new content with each update), but I hope you understand me. Games like FIFA, NBA2K, Call of Duty and many others, that change only slightly from one update to another, need to run similar to PUBG, Fortnite, APEX Legends and other games with simple and repetitive gameplay. You either pay for the game, or for the game progression, which removes this absurdity with buying the same game because with subscription your game will always have a current version and include all that you might currently need to play.

So, in total, dear gamedevs, you either create new content and offer completely new product for the buyers to purchase or stop this BS and set a standard subscription fee for the fans to keep on enjoying the gameplay they like. Because otherwise, I find it completely unfair for the players to keep on buying the same game over and over and unethical for the game-devs to keep on releasing it.

(Thanks for reading till the end! Leave a comment about your opinion and about what should I talk about next. Or tell me what you thought on Twitter.
Plus, I stream on Twitch occasionally, so you can ask me anything live if you catch me there. And now, that’s it for today, thank you once again and I’ll see you in the next one! Goodbye!)