Blasphemous REVIEW – the most violent Metroidvania of the year.

My name is Ash, and today we’re going to look at one of the unique examples of metroidvania that you can get right now. It’s definitely not the best, even among the indie-studios (Hollow Knight is the ultimate winner here without doubt) but it is definitely one of the most violent and grotesque examples of action-platformers that will either make you love it or hate it from the first sight but you will surely remember it for a number of reasons. Personally, I enjoyed it a lot because I’ve got a completely new experience in old-fashioned game genre. At the same time, I won’t deny its drawbacks including its inconsistent difficulty, bad explanation of the side quests and the overall plot of the game in general.

So, the Penitent One is a guy with a spiky helmet – our protagonist. Who is he and what is happening in the world is unclear even after the ending credits but it seems that he’s fighting the Miracle – a curse that has corrupted his homeland and infested it with a limitless number of monsters and misfits that have survived for some reason. And thus, the adventure of the Penitent One begins with him killing some demon, filling his helmet with its blood and putting it on (this is the first WTF among many here). After that, we face hordes of different monsters that we brutally kill and try to save the world in the meantime. 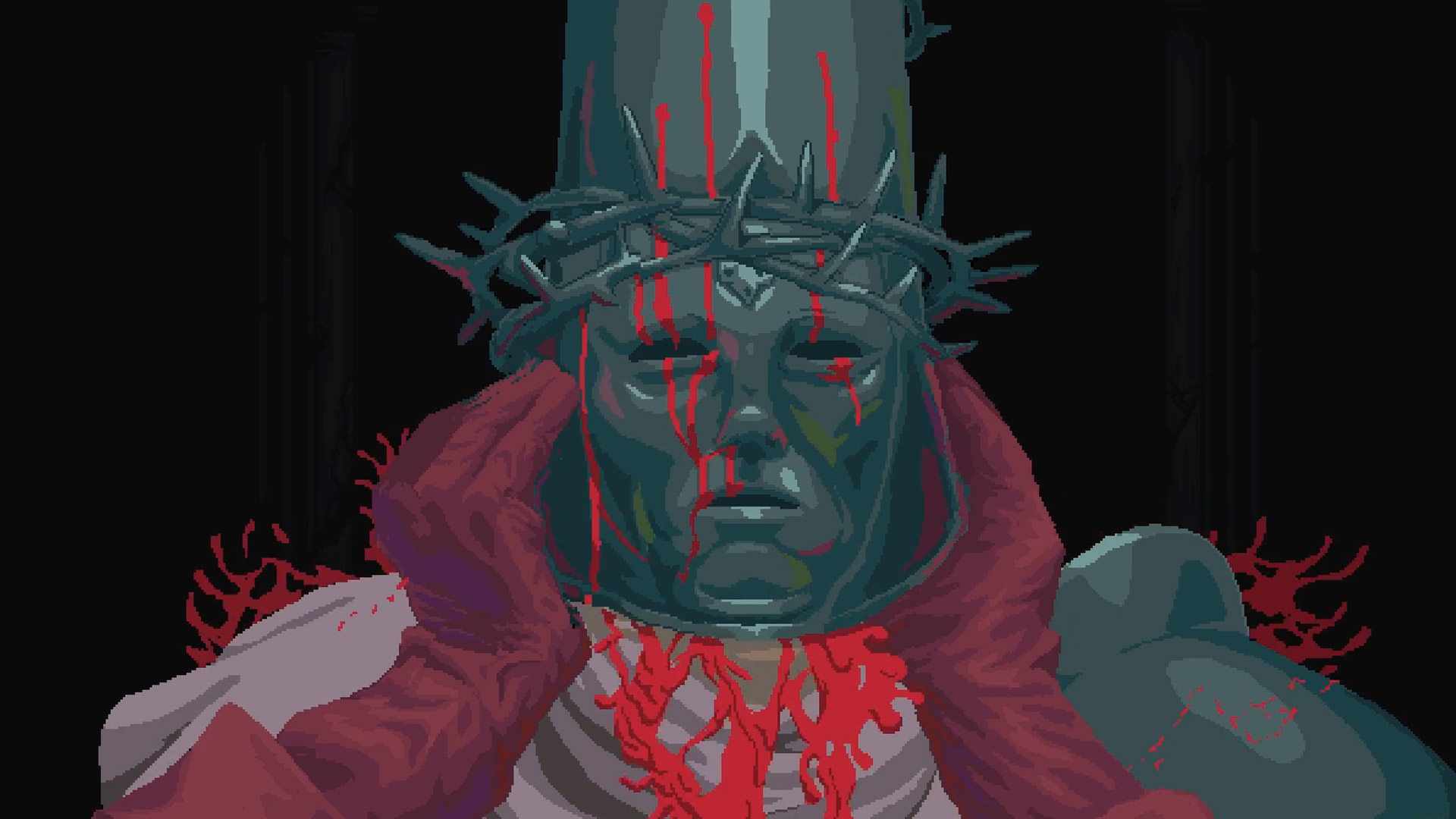 Other than that, I’ve got no effing idea whatsoever regarding the story and all characters that inhabit the world of Cvstodia – similar effect to the famous Dark Souls, where we wander from one location to another and figure out game’s lore from certain items we collect. But instead of making us read the weapons’ and armors’ descriptions, the game makes us collect body parts of people dead after the Miracle’s coming (because you definitely get the story of a person after collecting their thumbs). At the same time, the grotesque, bloody and highly surreal cinematics right from the start explain what exactly needs to be done…to get the negative ending because in order to get the positive one you’re required to complete an additional quest that you get no clue of its existing. I personally discovered it randomly by hitting everything that I saw but the game itself pushes the player to know less and try his/her best in understanding what is going on. The same was even with Hollow Knight and many other metroidvanias, so I believe many players will get fond of this narrative nonetheless.

Liked the style of the game the most – it compensates fully for its weaknesses in gameplay and technical stability. The pixel art based on the medieval Spanish religious legends and folklore is the combination of awesomeness and surreal gruesomeness because almost all the NPCs and enemies are either suffering from physical trauma (mostly mutilation) or witnessing it in the most shocking way. There were specific areas  that left me stunned because of depictions of torture and bloodlust combined with peace and acceptance – it’s really hard to explain the impression so I’d really recommend you experience it by yourself if you’re older than 18 and don’t get sick from the constant images of gore content.

The design of enemies and bosses leaves the same impression because it’s that kind of enemies that we rarely get in such games. Even in the most hardcore action games we get either some humans in armor, beast-like monsters that look disgustingly painful or some techno-mess-robot in case of a sci-fi parody of Dark Souls (I’m looking at you Surge and Surge 2 – stop ripping every idea of Transformers!). Here, we’ve got a big guy in a massive bell that charges in every time he sees you, we’ve got a guy with a baby on his head who hits you with an effing DEER, we’ve got the walls that hit you with real weapons and more original content that is just a recycled form of religious illustrations. But it works and, once again, offers a completely new vision of the enemies right in front of you. And don’t get me started with the bosses’ design. 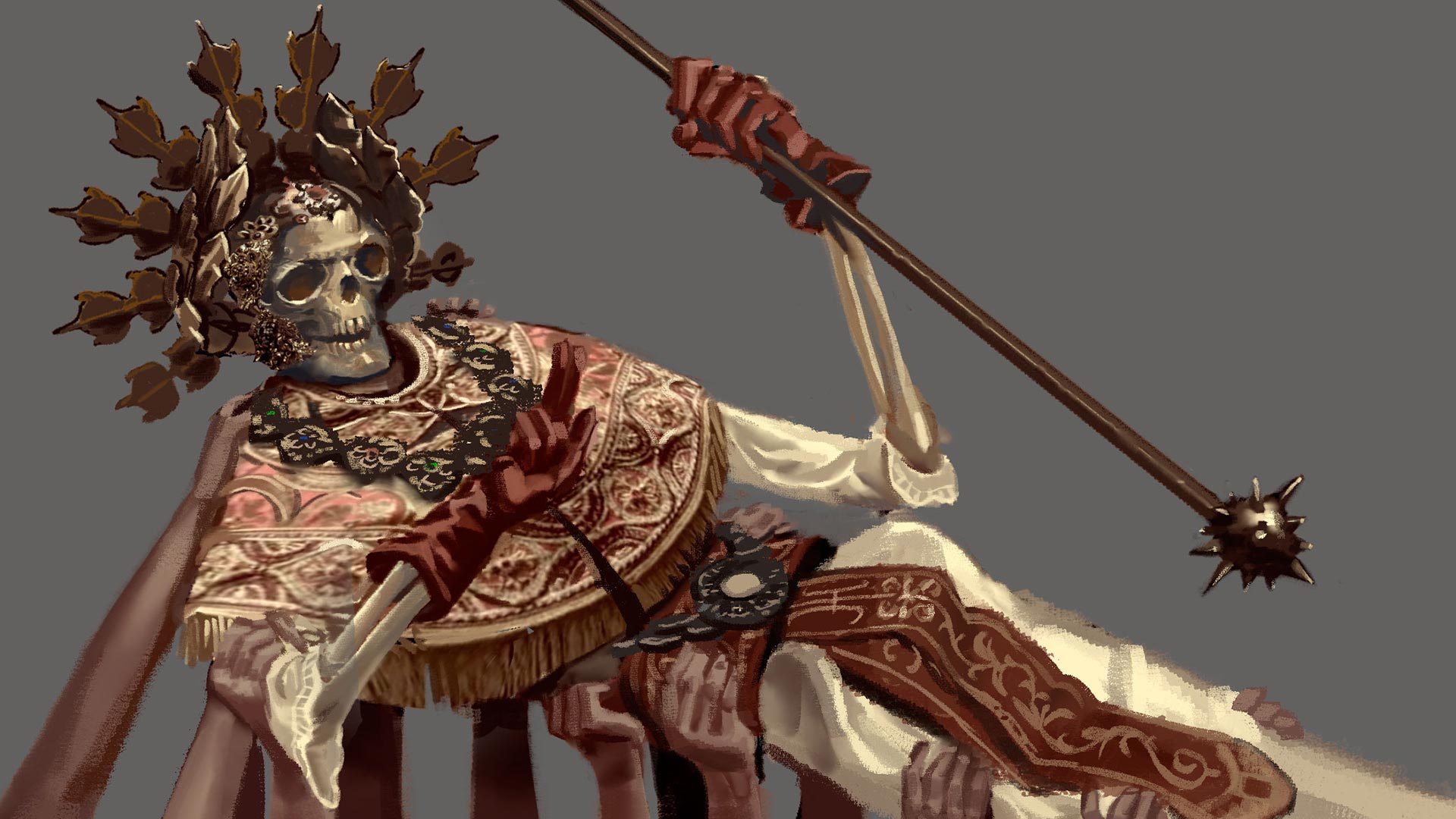 The gameplay is quite standard for metroidvanias – you explore a certain area full of platforms and traps and kill many enemies, then get access to a new area and repeat. I liked the fact that with new abilities and items you can discover many of the world’s secrets and that’s basically why I appreciate metroidvanias in the first place. At the same time, the platforming mechanics needs a lot of fixing because it fails to register player’s input properly. Dunno about you guys, I’ve been playing with an official xbox360 and still had many issues with jumping and grabbing vertical platforms. Basically that was the major reason for me dying because of improper jumping more often than from fighting enemies. Taking into account that there are certain quests that require a lot of platforming without teleporting and the number of traps (a lot), the overall exploring experience wasn’t that pleasant (and not challenging, just frustrating). 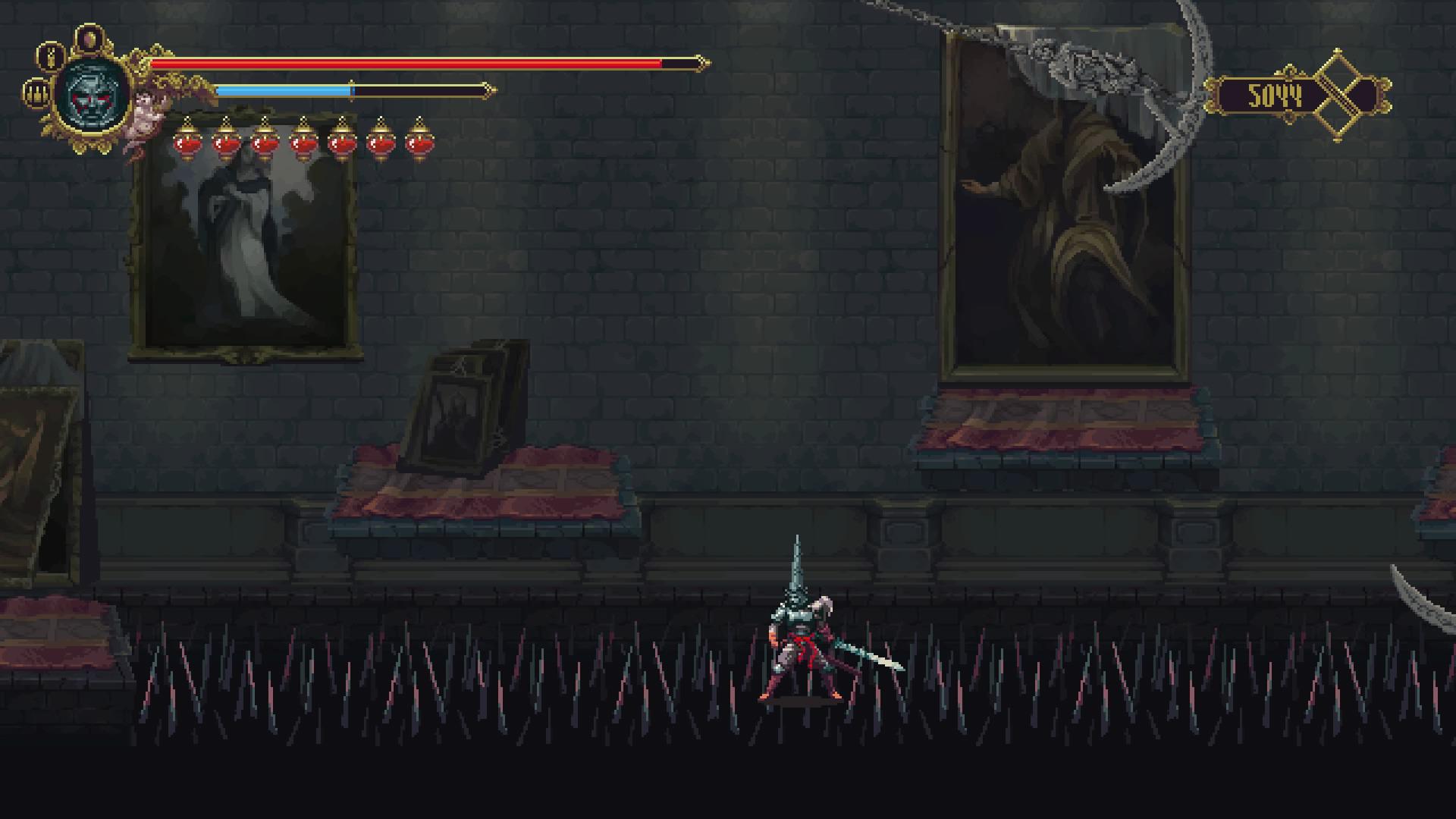 The fighting is simple and does not really make any reason for the player to use any skills instead of simply mashing the attack button. I personally used plunging attacks in certain cases, but in 90% of fighting encounters I just used basic attacks and dodges. The parrying is satisfying as F, though. It’s easy to handle and it leaves the impression that you’re overpowered and prepared to simply slaughter anyone with no resistance from enemies. The animation of final blows that happen rarely and randomly still look brutal and satisfying as well.

As for the weapon power-ups, they basically make no sense and weaken your weapon or character with no compensation. The character power-ups are not balanced properly, as well, because very frequently I encountered mid- to late-game bosses really overpowered and simply whooped their asses easily. There were certain chaotic and random difficulty spikes, especially when platforming did not work, which made the overall experience inconsistent. In other words, the majority of bosses was really easy and quick to beat while certain enemies were crushingly hard. 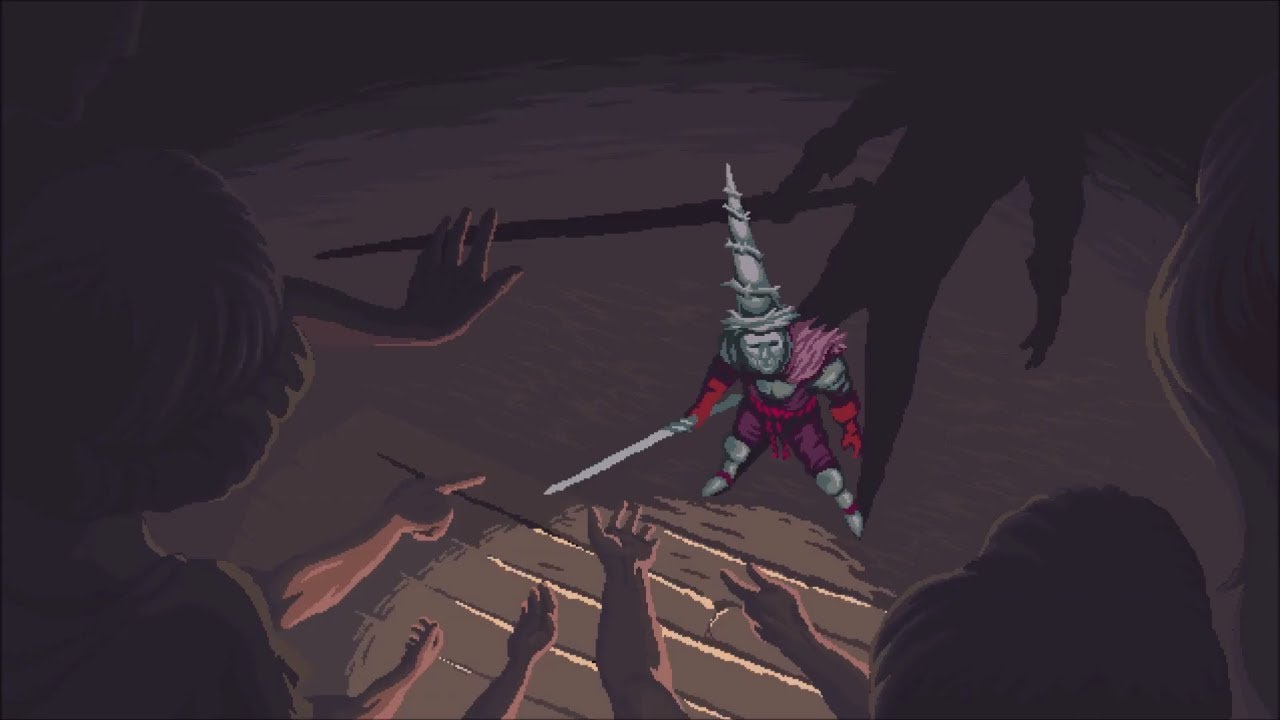 In total, the aforementioned negative points of the game have become a minor issue because the mysterious story, interesting and original world full of surreal entities, the brutal and bloody fighting – all of these have made the game one of the most memorable this year. If you like metroidvanias, definitely give it a try and support the developers – the game is not expensive but really gives valuable experience. 4 out of 5.

Our Hollow, Our Home — In Moment / / In Memory ALBUM REVIEW